Women suffer hair loss too, but there are real solutions.

Hair loss in women can be devastating. Hair can often be central to identity, and the thought of a thinning or balding scalp can often lead to a loss of confidence and vitality.

Fortunately, today there are a full range of medications and cosmetic treatments available to women sufferers. Gone are the days when you were restricted to uncomfortable, restrictive wigs. From medicated shampoos and FDA-approved medications that can halt further deterioration, to cosmetic treatments like scalp micropigmentation and state-of-the-art transplants – both of which can provide effective solutions, even for women whose hair loss might be temporary.

Micropigmentation and tricopigmentation are replication of tiny hair follicles to give the illusion of thicker hair. With no hair fibres or inconvenience, we’ve seen the effect our treatment makes.

For more information or to book a free private consultation, please contact us. 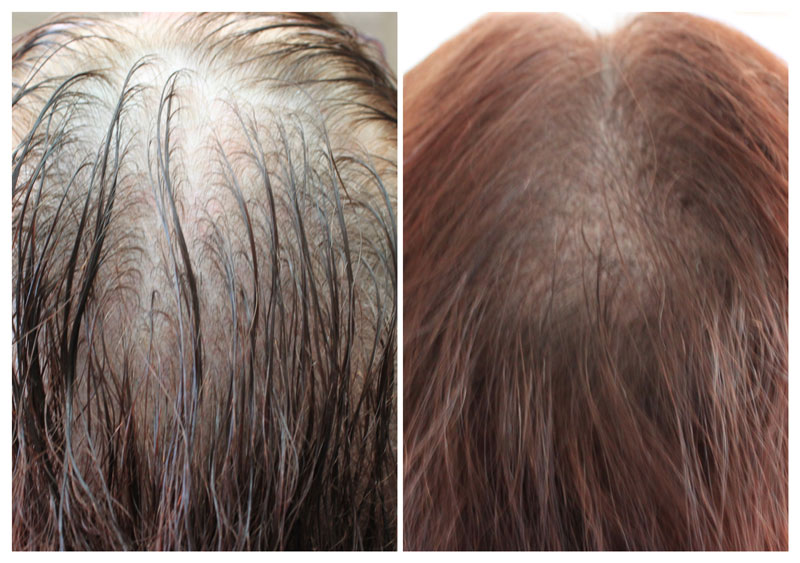 Why do we lose our hair?

Androgenetic Alopecia, commonly known as female pattern hair loss, follows a very different path than for men but is no less common, by the age of 40 up to 50% of women can expect to experience some hair loss.

13% of women present with the condition prior to menopause but the prevalence increases significantly post-menopause.

By the age of 65, according to at least one author, as many as 75% of all women will be affected. Unlike for men, where the condition is almost entirely hereditary, there are a range of other triggers that can precede hair loss.

Iron deficiency, for example, which might be related to diet or pregnancy, is a common precursor.

Virilisation, or the appearance of male characteristics associated with high levels of testosterone, is another condition that can be both tested for and treated but which can feature hair loss as symptoms.

It is highly recommended that you pay a visit to your Doctor at the first signs of increased shedding – the correct course of treatment can be provided and there is every chance that a full recovery can be made.

Where Androgenetic Alopecia is diagnosed the symptoms and prognosis are largely predictable. Typically, the hairline and temples remain intact and the thinning appears as more diffuse across the crown of the head. Progress can be charted in line with the set of images known as the <a href=”https://www.scalpinnovations.co.uk/wp-content/uploads/ludwig-scale.jpg” target=”_blank” rel=”noopener”>Ludwig scale</a>.

Often you can see partings, from a relatively early stage, this can accentuate the problem by making the hair loss extremely apparent.